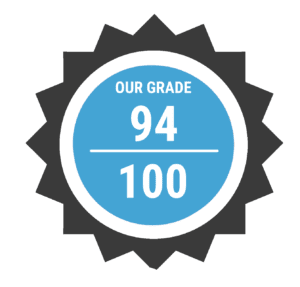 Inspired by the heroic poem which bears the same name, Beowulf™ is a thrilling online slot game which will take you on an incredible adventure packed with mythological beasts, battles and bloodshed. Join Beowulf, prince of the Geats of Southern Sweden as he sets off to fight Grendel, a horrendous dragon and his mother who have terrified the inhabitants of King of Danes Hrothgar’s Mead Hall for over 12 years. With its epic theme and beautiful graphics, this video slot set in the 6th century is filled with excitement! The reels sit on a backdrop depicting the Scandinavian lowlands filled with intricately detailed Celtic stones, the snow melt flooding through them as the first signs of spring are just starting to emerge. Our intimidating hero stands on the left-hand side of the reels, sword in hand, right in front of a high mountain peak still buried in deep snow.

Beowulf online slot machine themed around a medieval poem is brought to you by Quickspin and once more, it showcases their know-how with its awe-inspiring design. The team behind the renowned Swedish slot provider have created stunning animations which really bring the game to life, and paired with the dramatic soundtrack it features it makes for a truly immersive player experience. On top of that, this casino game boasts an unbelievable payout percentage of 97.1% and offers gamblers a chance at winning up to 500x your stake!

This video slot has 5 reels, 3 rows and 25 fixed paylines, meaning they are not adjustable to the player’s liking. It is playable from a minimum bet of just 30p per spin, whilst the max bet is set at £300. When it comes to the symbols found in Beowulf slot, they are all directly inspired by the grand tale told by the poem and reminiscent of Gaelic culture. The lower paying symbols represent the classic playing card symbols such as the 9, 10, J, Q, K, A which have been revamped to fit the atmosphere of this slot game. They seem to have been carved into stone tiles, embellished with intricate designs like the Celtic knot. As regards the highest value symbols, they depict the main characters mentioned in the Old English story which include King Hrothgar, Queen Wealtheow, Wigalf, a female elf and a Viking maiden wearing a wolf skin. One of the highest winning combinations one may hope to obtain features 5 of the symbol representing the king of the Danes in dire need of help, since such a winning combo will grant players 150 coins. According to the paytable, landing 5 of the symbols representing his wife will also pay gamblers 150 coins. On top of that, this slot machine also has a Wild symbol which represents a golden horn standing on a blood red backdrop.  Not only does it substitute for all other symbols found on the reels aside from the Free Spins symbol, the Dragon Bonus symbol and the Sword Bonus symbol but it also offers alluring winnings, for landing 5 of this symbol on a payline will reward you with a big win of 500 coins!

The most exciting part of Beowulf Quickspin slot however has to be its array of exciting special features. When the sky above the reels suddenly takes on a red hue, watch out for the randomly-activated Grendel Attack feature! One or more symbols representing the monstrous creature will appear on the 5th reel and Beowulf will take a step forward in an attempt to slay him. For every Grendel he defeats, players will be awarded a Re-spin! In addition to this, as he takes back his initial position, our hero will turn a certain number of symbols into Special Sticky Wilds which depict a golden tiger’s head with blue jewels in the place of eyes. The latter will remain locked in place until the Re-spins are over.

Secondly, this online slot machine also has a thrilling Free Spins feature. In order to trigger it, gamblers must land 3 or more of the Scatter symbol which is represented by Grendel’s horrendous mother, a fire-spitting dragon. Not only does this allow you to enter the bonus game featured in this slot, but you will also receive Scatter wins which promise huge payouts! If you activate this Feature with 3 symbols, you will receive 3x your stake, whilst if it is triggered with 4 symbols you will get 10x your stake. With 5 symbols on the other hand, you will be offered 20x your wager.  Regarding the number of Free Spins you are entitled to, this depends on the result of the ongoing fight between Beowulf and Grendel’s mother. As you enter the cave in which the Bonus Game takes place, you will initially receive 3 Free Spins. She will then appear on top of the reels alongside a healthbar, only for the massacre to begin. Every time the sword Wild symbol makes an appearance on the reels, it will become sticky and deduct one health from the dragon’s healthbar. When the dragon Wild appears, however, it is Beowulf who will lose one health. The fight comes to an end when either party is out of health, yet when Beowulf wins the battle, you will be awarded an extra 3 Spins.

Take a trip back in time with Beowulf Quickspin, an outstanding online slot machine filled with astonishing visuals to defeat two atrocious beasts, Grendel and his mother, in order to break their rule of terror for it has gone on for far too long. Released in 2013, it promises a fantastic gaming experience to players with an affection for Viking-themed slots in search of something a little bit different. It is also ideal for high-rollers who seek infrequent yet significant winnings for it is a high-volatility slot. Players may spin the reel of this slot game from any mobile device – this includes desktop, smartphones and tablets – with a bet starting from merely 30p all the way up to £300. To top it all off, it has an amazing RTP (Return to Player) of 97.21%. Prepare to enter the gruesome battle against monsters straight out of Norse mythology in an attempt at winning up to 500x your bet!