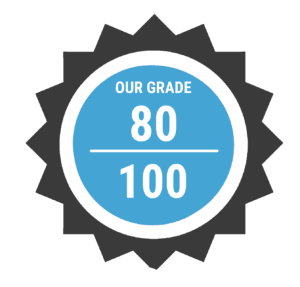 ELEMENTS : THE AWAKENING™ THEME AND DESIGN

Elements: The Awakening ™ has to be one of the most beautifully designed slots developed by NetEnt. This medium low volatility online video slot revolves around the theme of the four elements, which in western astrology are believed compose every aspect of our universe. This game which has a Return To player (RTP) of 96.02% takes you on a journey through outer space, to what seems to be a deserted planet in a galaxy light years away from ours. With its amazingly sharp design and vibrant colours, this slot is truly wonderfully crafted. The backdrop depicts ice- covered mountains, fire oozing volcanoes, a mountainside full of lush vegetation and a crystal blue freshwater lake, each representing one of the elements which are said to make up and govern everything in the physical world. The initially calm, serene music chosen by the slot provider is very relaxing, yet the engaging tune replacing it when a winning combination is formed only amplifies the excitement it provokes. With its cutting-edge 3D graphics and the array of fun special features it offers, this slot promises a truly unique gaming experience.

Every single aspect of this mobile casino slot is theme-related. With Elements slot machine the higher paying symbols found on the reels depict several creatures inspired by the four elements: water, air, fire and earth. These icons animate in a very entertaining way as you play, taking the experience to a whole new level. Each element also has its very own special feature, which offers players a chance at hitting an alluring huge win which adds up to £150,000.

Elements NetEnt slot is made up of 20 fixed bet lines over 5 reels and 3 rows. Even though the paylines are fixed and may not be customised, you can easily adjust the bet level which ranges from 1 to 10, as well as the coin value. Elements: The Awakening operates with an Avalanche Feature slot engine, which increases chances of hitting a big win, as the symbols featured in a winning combination explode in a bright flash of light and are followed by an avalanche of new symbols dropping from above.

Regarding the symbols found in this online video slot, they are far from your traditional slot machine icons. They are fully animated and sport vivid colours as well as a sharp design, making these symbols a perfect fit for the atmosphere of the game. Each of the four elements has two symbols of its own, the lowest paying symbol depicting the element itself; a fiery rock, a green earth rock covered in moss, a dark blue air symbol and a blue water orb. The higher value symbols represent creatures inspired by those elements. As shown in the Netent paytable, the fire creature is the highest potential winning symbol, as landing 5 of these symbols on an active bet line pays 1500 coins. One may also make significant earning by landing 5 of the green rock creature in a winning combo, for it will then grant the player 750 coins. Meanwhile, a combination featuring 5 of the air creature symbol will pay 500 coins. This mobile slot also features a Wild symbol, which acts as a substitute for any other symbol. In the main game, it may only make an appearance on reels 2, 3, 4 and 5.

Perhaps the most thrilling feature of Elements are the Free Falls Storm modes. An avalanche meter is displayed right under the reels and records the number of wins you make. Every time the player makes an Avalanche win, the symbols it features transform into a dash of light, filling up the energy meter little by little. In order to trigger one of the Free Falls Storm modes the game offers, one must land 4 consecutive Avalanches. These Free Falls bonus rounds all award the player with 10 Free Spins, as well as a specific Wild which depends on which element awarded you the most wins during the Avalanche feature. Each element has its own Free Spins Wild of which the properties differ as follows:

Elements: The Awakening slot may have a familiar layout, yet its multiple special features are full of innovation and creativity, proving once again the know-how and limitless imagination of the Swedish slot provider. Not only does it boast mesmerizing graphics and amusing animations, but it also displays an interesting total Payout of 96.02%. The total RTP for the Free Fall modes is of 31% and is divided up thusly: 8.6% during the Fire Free Falls, 6.9% during the Earth Free Falls, 7.8% during the Air Free Falls and finally 7.8% during the Water Free Falls. The visual quality of the game is truly outstanding and is sure to delight even the most pernickety of gamblers.

Like most slots developed by NetEnt, Elements is a mobile slot which means that it is compatible with smartphones, tablets. This medium low volatility slot offers players to try their luck with a min bet starting from 20p, however for a chance at hitting the mega win of £150,000 at stake, one must play the max bet of £100. With its interesting hit frequency of 29.1%, this online slot is ideal for those fond of spaced-themed slots with eye-catching animations and inventive special features. Special attention has gone into the design of even the smallest of this online video slot, resulting in an incredibly gripping game experience.