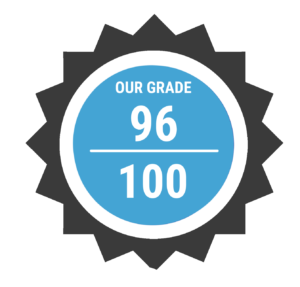 Announced during a special announcement at ICE 2018, the long-awaited Narcos finally made it onto the slot reels on the 23rd of May 2019. Leading casino games provider NetEnt has joined forces with French film studio Gaumont to launch an exciting slot version of the incredibly popular and action-packed American crime series. Inspired by actual events, the Golden Globe and Emmy award-nominated Netflix series is back in the form of a video slot- much to the delight of fans : Narcos slot!

Upon entering Narcos online video slot, you will find yourself thrown into the wild world of 1980s Columbia in the midst of a growing drug trafficking industry. Visually speaking, the Swedish game provider does not disappoint – the sharp, crisp graphics found in the Narcos video slot will take players straight to South America. It’s as if one could feel the blazing hot sun on their skin, a gush of wind sending dust flying across the screen as he is taken to the bustling streets of Medellín, straight at the heart of the action. It goes without saying that the visuals are incredible. Net Entertainment further blurs the line between video games and the traditional slot format with awe-inspiring graphics reminiscent of Grand Theft Auto.

Take your chance and step into the shoes of DEA agents Steve Murphy and Javier Peña as they hunt down the most notorious drug-lords and billionaires of all time -Pablo Escobar- for a chance at winning up to £602,400 in the Narcos Free Spins. Will this slot game be as exciting as the drug-fuelled drama? Keep reading our Narcos review to find out !

The slot Narcos Netent has been working on for over a year is a 5-reel, 3-row game which uses the “all ways win” mechanism. This means there are 243 different ways-to-win! As if that wasn’t enough, this online slot game also boasts an astonishing RTP of 96.23% and a hit frequency of 26.70% . This branded game is playable from a minimum bet of just 20p, whilst the maximum bet is of £400. One may spin the reels of this video slot on any type of device, whether it be on PC, mobile phone or tablet for Narcos is also a Netent Touch casino slot game.

The comic book style symbols it features depict elements straight out of the series. In fact, the six higher value symbols include the four main characters of the series, namely Pablo Escobar, a beautiful blonde woman named Connie Murphy and our two DEA agents. In order to land the highest potential winning combination, one must line up 5 or more of the symbols representing Steve Murphy and Javier Peña on one of the bet ways, for this will land gamblers 300 coins.

Every time the gambler lands a winning combo, the symbols it includes burst into flames, adding movement to the Narcos game. Regarding the two remaining high paying symbols, they depict a flamingo and a Cessna plane. Lining up 5 or more of the latter will offer players the alluring sum of 250 coins- the symbols depicting El Patron and Connie will award the same sum. When it comes to the lower paying symbols, they represent the classic A, K, Q and J card values which have been revamped to fit the atmosphere of the Narcos high volatility slot. As a matter of fact, they have been agremented with piles of cash, grenades, firearms and ammo belts. A winning combo including 5 or more of one of the low-value symbols will pay 120 coins.

In addition to this, the Narcos slot also features a Wild symbol represented by the golden DEA badge embellished with an eagle. As one may expect, the wild acts as a substitute for all standard symbols, aside from the scatter and other special symbols. Not only does lining 5 of this symbol reward players with 300 coins, but when part of a winning combination it may trigger an exciting special feature.

The Narcos video slot is packed with thrilling special features to make this gaming experience absolutely unforgettable. Amongst said special features, one may come across the Walking Wild feature. When a Wild symbol is part of a winning combo, this feature will be triggered. The Wild will remain on the reels and shift one position to the left with every spin. It will continue to do so as long as it is part of a winning combination. When it can no long form one, it shall disappear from the reels. This feature is available both during the base game and during the Free Spins.

One of the trailblazing features included in this slot game is the Drive By Feature. During this randomly activated feature, a car will pull up and open fire on the reels- as the bullets fly across the screen, you will witness the high paying symbols being transformed into Wilds!

There is also the Locked-Up Feature, which is triggered when three Locked-Up symbols representing Pablo Escobar holding a placard reading “catch me” appear on the same row. When this occurs, the setting will suddenly change, and players will find themselves outside what looks like a prison, searchlights piercing the night sky. The symbols will then move together, surrounded by a chain and lock. They will be assigned a coin value chosen at random ranging between 1-10 times your stake. The set of symbols will also change into one with only Locked Up and Golden Locked Up symbols and three Free Spins will be played out. The Golden Locked Up symbols represents a golden briefcase and are worth anywhere between 11 – 26 times your bet. When they land adjacent to a winning cluster, it will reveal one of the following features:

Last but not least – the Narcos Free Spins. This special feature will be triggered when players land three or more of the car scatter symbol. In the base game, it may appear on reels 1, 3 and 5 and grant the gambler 10 Free Spins. On each of those spins, one or more high paying symbols may transform into Walking wilds. If by the end of your first 10 Free Spins there remains any of these wilds on the reels, you will receive an extra Free Spin until they have disappeared from the reels.  During the Free Spins, the hit frequency is of 0.28%. In other words, 1 in 351 spins will result in a win of up to 1506x your bet according to Netent stats.

The Narcos slot game brings the original action-packed series back on your screens straight after the release of its so-called companion series, Narcos: Mexico. Let’s be honest here – the Narcos slot machine is a worthy contestant for the title of best online slot game of the year on the online casino industry, for the superb visuals of this slot paired with sensational special features it includes live up to NetEnt’s reputation. From the soundtrack made up of Southern American music and gunshots, every detail has been thought out to fit the atmosphere of the crime-ridden city the show is set in – needless to say the overall production quality is remarkable.

Narcos is ideal for players with a taste for the series bearing the same name. However, being a medium-high volatility slot game, it is also perfect for players seeking larger wins at a more irregular pace than medium or low-volatility slots, especially for high roller. As regards the overall payout, it lies at 96.23% whist during the main game it is of 23% and 23.1% during the free spins. Prepare for a terrific shot of adrenaline!