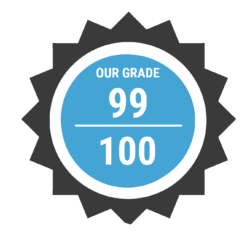 Vikings Go Berzerk™ is by far the best slot of Yggdrasil !

With Vikings go Berzerk slot, get ready to embark on a journey through the North Sea empire alongside rampaging hordes of Vikings. This online slot by Yggdrasil gaming is presented by a short introductory film which really sets the tone for the rest of the game. In this short movie which may be skipped at any given moment, we get a bird’s eye view of stone and bronze figures depicting the mythical battle between the Scandinavian hordes and the sirens who lure men to their watery demise with their enchanting song, the Viking longboat dancing on top of the wild sea, waves crashing against it. This short film features an incredible soundtrack, made up of traditional Viking war chants and drum beats which further immerses the player into the game.

The reels sit on the deck of a Viking battle ship with a metallic dragon figurehead. The animated cresting waves in the background give this slot an element of movement – you could nearly feel the strong marine winds and smell the fresh, salty sea air as you play. The fact that this game is compatible with various devices such as PC, mobiles and tablets lets you take a piece of the Atlantic sea with you wherever you go, and it allows you to board the Viking vessel and experience the adrenaline provoked by the clash between the dangerous sea creatures and the Norse seafarers anytime you wish to do so.  Every aspect of this slot, from its visually appeal 3D designs to its symbols are reminiscent of the Viking age, during which the legendary Norsemen explored Europe, inducing fear among its people. Join them in this epic battle against the sirens lurking in the dark waters of the north, for a chance of hitting a mega win which adds up to 4,000 times your bet! Below the Viking longboat, you will find a wooden plank displaying the four Viking rage meters, which trigger exciting special features once full. The Malta-based slot provider has done a remarkable job with this Norse themed slot, for it offers an incredible gameplay, full of thrilling bonus features. The first episode of that slots serie was Vikings Go Wild and the third and last one is Vikings Go to Hell.

This online video slot has 5 reels, 4 rows and 25 fixed pay lines and offers a wide range of special features as well as an interesting overall payout percentage of 96.10%. The coin value ranges from 0.01 to 5, hence It is playable with a minimum bet of 25p up to a maximum bet of £125 per spin. All the symbols present in this slot are directly inspired by the Viking age, the lower paying symbols representing Viking coins made out of gold, silver, bronze and iron. As one may notice by looking at the paytable, the more valuable the material of the coin is, the more it pays, for during this historical period precious metals were a sign of wealth and were used as an indicator of status. Hence, the iron coins are the lowest paying symbol. Watch as the outline of the pay line bursts into flames when you land a winning combo!

Regarding the higher paying symbols found in Vikings go Berzerk slot , they are undoubtedly one of the most visually impressive aspects of this online slot game. They depict 4 different merciless Vikings wearing war paint of their faces, their eyes full of rage and hate. The highest possible winning combination may be obtained by landing 5 identical symbols representing the warrior with red face paint and kohl around his eyes. When said symbols line up on an active bet line from left to right, the player will receive 250 coins. The highest value symbols also include a bald Viking with a beard, an eye patch and green face paint, of whom pays 200 coins for a winning combo featuring 5 of those symbols. There is also an elderly Norseman with white beard, a scar on his eye and a headband with a skull. Landing 5 of these symbols on a pay line will grant the gambler 175 coins.

This mobile slot also features a Wild symbol and Free Spin Symbol. The Wild is easy to pinpoint, for it reads ‘Wild’ in large golden letters. Aside from simply acting as a substitute for all other symbols apart from the Free Spin symbols both in the base game and the Free Spins, it has quite a few tricks up its sleeve. As for the Free Spin scatter symbol, it represents a beautiful blonde siren swimming through the northern waters. One may trigger a minimum of 7 Free Spins by landing 3 of these symbols, and a maximum of 21 Bonus rounds for every 5 siren symbols present on the reels.

What makes the high win symbols in Vikings go Berzerk ™ so special however is not the fact that they offer reward cash prizes – they have a lot more opportunities for big wins, or even mega wins in store for players! Every single one of those Vikings has their own rage meter which sits right below the reels. For each winning combination you get which features several Viking symbols, the gauge of that specific character will start accumulating rage, represented by a lava-like fiery liquid. Every time a meter is full, the player will receive 7 Free Spins. The Viking being filled with raged, the liquid in the gauge will suddenly explode into bright flames. The sirens patiently waiting below the reels suddenly plunge into the murky waters, dragging the player with them into the deep, dark sea. Once the reels reappear, the setting changes as the calm and vast ocean and the blue skies are replaced by lightning and fireballs screaming from the heavens. Even the eyes of the dragon figurehead take on a fiery red glow! These superb graphics showcase once more the know-how of the slot provider and they can certainly leave nobody indifferent. During the Free Spins, every time a Viking symbol lands on the reels, it animates, and the warrior goes berserk. He can be seen waging a valiant battle against a pitiless siren and if he wins the battle, the symbol will transform into a sticky Wild, hence remaining on the reels until the end of the Free Spins. The symbol to activate the Free Spins will always beat his opponent in berserk mode. In addition, when you first load the game, you will be awarded with a welcome rage feature, meaning that one of the Viking meters will fill up by over 50%!

The excitement reaches a fever pitch before the beginning of the Free Spins feature, for before they are played out, a wooden board topped by an axe appears, displaying the amount of Free Spins you have won but also awarding you with one the following bonuses:

This online slot game also features two bonus symbols, both representing treasure chests. The smaller treasure chest may only make an appearance on the 4th reel, and offers interesting rewards in the base game, granting players between 50 and 1000 coins or between 7 and 21 Free Spins each time it lands on the reels during the base game. After landing either of the chests, the player must choose between 5 wooden cards, all of them hiding a specific reward. During the Free Spins on the other hand, the prizes on offer are much more lucrative. One may receive the following rewards:

As regards the large golden treasure chest, it can only land on the 5th reel and also offers an array of alluring rewards, which may allow the gambler to make some big wins. In the main game, one may choose between the following 5 prizes:

With its breath-taking graphics and animations paired with the multitude of thrilling special features it offers, this slot developed by Yggdrasil gaming is a real gem. It brings together elements from the Viking age of Scandinavian history and Norse mythology to create a gaming experience like no other. The Viking longboat, the symbols and even the soundtrack – everything in this slot revolves around the theme of old Norse myth and legendary battles. Step in the shoes of a Viking warrior, fighting off the threat the vicious sirens represent to your people with this highly volatile slot game.

One may try their luck at Vikings go Berzerk ™ online slot with a bet size ranging from 25p to £125 – a massive win of up to 4,000 the bet is at stake! On top of its fun bonus features full of surprises, this slot boasts an impressive RTP of 96,10% – as per game sheet, 70% of which may be obtained through the 25 fixed pay lines featured in this video slot, while the remaining 30% are earned during the Free Spin feature. In addition, it sports a hit frequency of 22,76%.