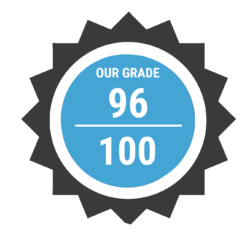 Asgardian Stones™ one of the best slots released in 2018 !

Asgardian Stones™ was launched by Netent in early 2018 and the least we can say is that this video slot represents all the know-how of the Swedish slot provider. The elaborate design of the game gives it added value; however what makes it stand out is its particularly interesting game mechanism.  On top of that, it features a Bonus Wheel which may trigger Free spins, along with other special features such as an Avalanche Feature.

On the design side, Asgardian Stones™ is a little gem in the world of online slot machines. It gives access to a mystical universe very much appreciated by many gamblers. The reels of this slot represent a stone wall bearing the faces of Norse gods whose eyes light up, which makes that the symbols are not fixed but in constant movement. The gambler steps in the shoes of a warrior who needs to break down the stone wall in order to access the kingdom of gods from where a stream of light floods. The blue light which illuminates the winning lines alongside the zen-like sound effects offer a very pleasant gaming experience.

We appreciate the work Netent has put into this slot machine, for the online operator has left nothing to chance. Netent has made a special effort on every single detail, like for example the PLAY button which is represented by a luminous blue stone, or the table displaying the multipliers which appears in the form of a huge stone. As regards the reels, they do not spin like on most slot machines. The stones fall on top of one another, piling up to form a stone wall which protects the path leading to the kingdom of the gods.

Aside from the design, Netent has also done an excellent job on other aspects of the game. The Free Spins and other special features- paired with an RTP of 96.31% – make this game really exciting.

Every time you get winning symbols on an active bet line, it triggers an avalanche of symbols. During this avalanche, the symbols which form winning lines are illuminated by a blue light before exploding and disappearing. The other symbols fall at the bottom of the reel and the empty spaces are filled by new symbols. The avalanches continue as long as there are winning combination and thus gains.

The Wild is represented by a W and can replace any other symbol to form a winning line, aside from the Bonus Wheel.

The Bonus Wheel Feature is a 3×3 bloc of symbols representing a wheel. It may appear fully or partially on the reels and can trigger up to 3 prizes including the Asgardian Stones™ Free Spins but also coins or free spins + coins. It is possible to win up to 15 Free Spins (3×5 free spins) with the prize wheel, which appears only on the last 3 reels of the machine. The hit frequency of the Bonus Wheel is of 1,32%, meaning that the wheel appears on average every 75 rounds. Meanwhile, the hit frequency of the free spins is of 0.641, therefore the free spins fall on average every 156 bets in the main game.  The Bonus Wheel may also be triggered up to 3 times during the Free spins and grant you up to 25 additional free spins.

Asgardian Stones™ also offers a special feature called ‘Colossal Crush’ which may be triggered both during the main game and the Free Spins. It is a block made up of 4 (2×2) or of 6 (3×2) symbols representing the face of a deity or a letter. The Colossal Crush Feature crushes all the symbols in the row below and increases the multiplier from 2x, to 3x or to 4x.

Asgardian Stones™  is a slot machine which will delight all gamblers with its modern and elaborate design, but also and above all, thanks to its original game mechanism which allows you to win up to 400,000£  in the main game and  400,000£ during the Free Spins, the minimum bet being of 0,20£  and the maximum bet of 200£. Asgardian Stone is one of the latest Netent games, and it is evident that all the know-how of the online slot provider, present on the market since 1996, may be found in this game. This is one of the best slot you can find in Dunder casino portfolio.

Asgardian Stones slot was designed to please all gamblers, men and women, who enjoy modern slot machines and special features. The fact that there is no jackpot involved is compensated by these special features which make the game really thrilling!